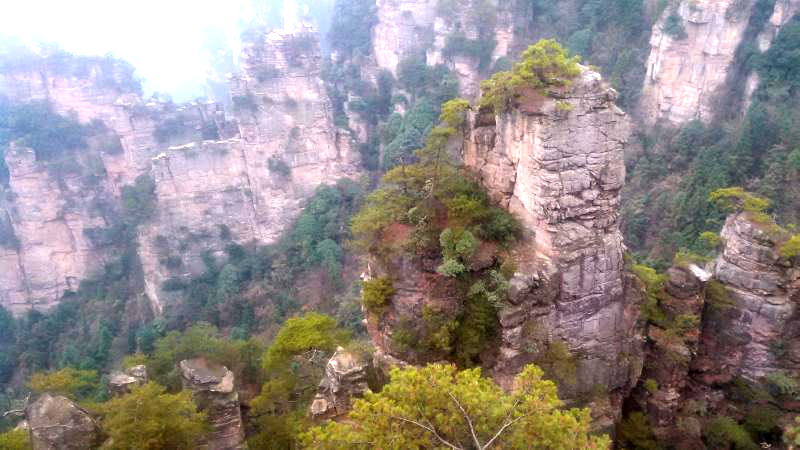 Titans. Sentinels.
Colossal monuments of ancient stone.
Seemingly numberless, vanishing
into the mist
Like a silent army poised
in a valley vaster than vastness
far as the beholder beholds

Young humanity, ever marching
with science and steel in ceaseless conquest
placed them at our feet
than those unspeakable enormities of cliff and shrub
we stand higher, on our pedestal of power
We look out upon them as above clouds

Yet even up here
lifted in the fancy
of humanity’s seeming victory
The mere man
surveying the conquered landscape
cannot but tremble
at the expanding, shattering image; stumble
smothered in the blanketing embrace
of ageless, inexorable nature
In the dizzying consciousness that the very stone
hard and strong beneath his weak feet
is but the speck of the hubris of Man
hewn in tiny steps and paths
upon the awful shoulder of an unfeeling giant
for which the dawn and rise of our age
is but a wink in a long and ancient dream 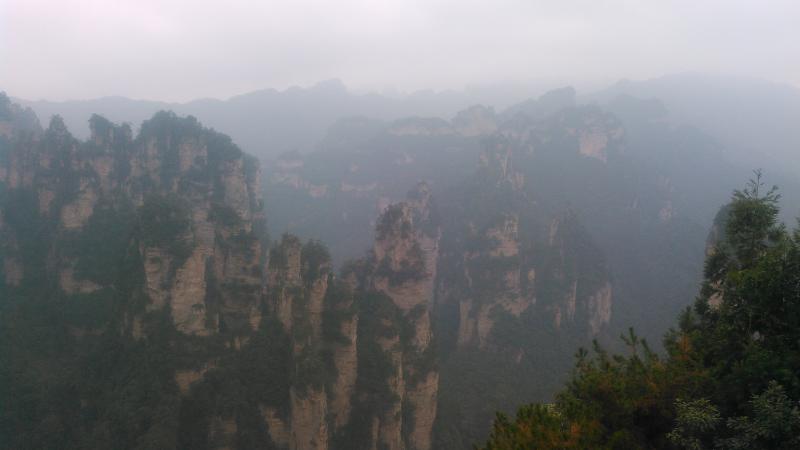 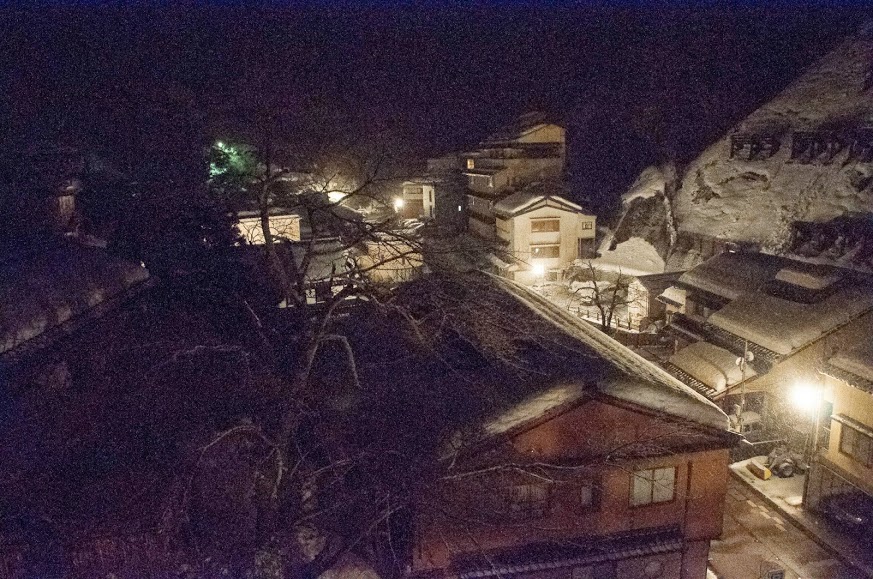 Snowfall
spiralling, swirling dance
The warm, smearing cloud
of my breath against
the burning frost in the air
The yellow lamplight
dotting the snow-clad wind
whisper of distance, beyondness, flickering
like shadows in my crusted soul
but with quiet, graceful tempo
Amidst the smell of fragant cold
the sweet, stinging taste
of yuzu 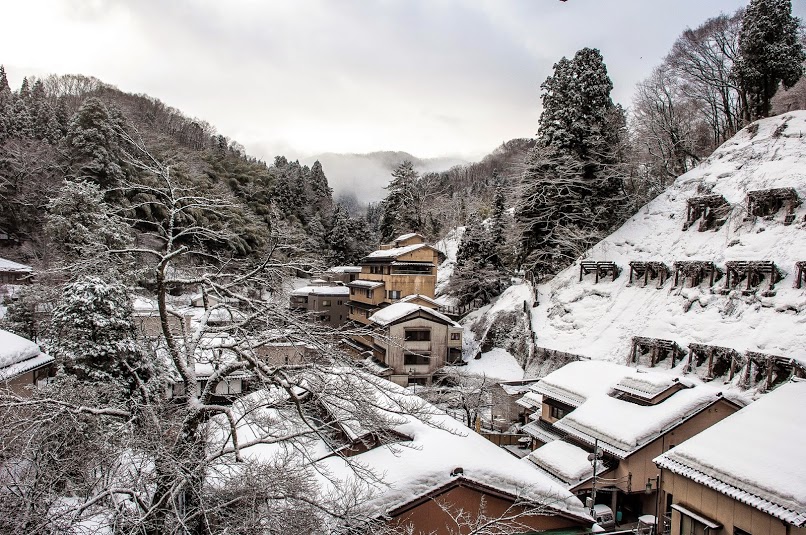 Strung with thorns, this path we plow
Far as the eye can gaze upon
Lo what comfort, what joy to know
The road goes ever on and on

One step into the fox’s glare
Then several more, as far as I dare
I leave the sunlit way behind
In silence in shifting shadows twine
Through winding path and jagged stair
Till deep in their enchanted lair
Pulsed my musing hesitation
My fearful, breathless, trepidation
From all sides the slitted stare
My melancholy, my soul laid bare

What is it that you desire?

To be of aid to fellow man
To seek, to know, to understand
A thousand more I daren’t demand

I held on to all I’d known
The conviction to which I am heir
With chill and wonder in my bone
I sought to sense the magic there
In freshness of the mountain air
Amidst the orange, faded stone
The enigma of a foreign throne
Filled me like a whispered prayer
As far as I dare, as far as I dare
Into the realm of the fox’s glare

PS: if you ever go to Kyoto, give the Fushimi Inari Shrine a visit.

Happy Lunar New Year to my fellow Chinks! (and to everyone else too, actually)

May your Great Anime be abundant and your Linuxboxes spin with roaring power and magnificence in the Year of the Dragon!

I walk within the midnight dreary

I walk within the midnight dreary
On steps of lost souls weak and weary
The day’s load, the cacophony
Of lingering care, my sullen company
Glowers the horizon with quite too many
Blog posts and forsaken deeds of merry
Flickering beyond my reach and boundary
Dances the mirage, the winking Faery
Twinkling like a speck of starry
Infinity, above the midnight dreary.

Yes I know I stole “midnight dreary” from some poem that I liked but cannot remember. And yes, I’m stressed. Huge deadline period now, and right after that I’ll be going on a week-or-so-long vacation trip, so no blog posts until then. Not like I have one even close to being finished anyway (except this one, which randomly came to me as I walked my weary steps to the bus stop after a very long day of toil). Anyway, good luck to me, and happy holidays to all (most of?) the rest of you!

Yes, that is Plasma Active, and yes I am the fresh owner of that tablet. Don’t ask about the hole in my pocket. It’s a Viewsonic Viewpad 10 that came with Android and Windows 7. Well, it runs Android and Plasma Active (on OpenSUSE) now ;)

Also I just enrolled for this AI class. Coolbeans.

A little swamped right now, and as is often the case during times when I am swamped, lots of interesting things are going on and I’m itching to write stuff. Time however, is scarce :( We’ll see what happens.

Update your links, for I have succumbed

It’s been weeks since the fall of co.cc, my reconsideration request has been acknowledged as “processed” – and the Gewgul Overlords have remained unmerciful, for not a single co.cc site has yet made it back into the index.

Thus it is with great sadness that I am now officially deprecating my original yuenhoe.co.cc URL in favor of yuenhoe.com that I have just purchased. The main site is now fully hosted on yuenhoe.com (note your url bar), and yuenhoe.co.cc now redirects to yuenhoe.com.

If you have a link to my blog, I would appreciate it immensely if you could update it to the new one (http://yuenhoe.com/blog) to hopefully get me back on evil Google asap.

The show must go on!

I think I need a new category called “hosting blues”, even though this time it isn’t exactly a hosting problem. So I was concerned that my site traffic seems to have taken a plunge and realized that my usually sizable in-clicks from good ol’ Google has dwindled to nothing. Quite alarmed, I did some quick investigating, verifying that I’m in fact no longer listed on Google, then verifying that I’m in fact not in violation of any Google quality guidelines, and eventually came upon the terrible truth. Yes, my free pseudo-domain provider has run afoul of the Google overlords with, apparently, it’s enormous base of abusive clients, and Google has responded with a sweeping ban that has also snared the sprinkling of innocent fish (read: me) as part of the punished collective.

I’ve since submitted a humble reconsideration request to the overlords, here’s hoping they will have mercy. Just the thought of having to belatedly buy a real domain and deal with the transfer makes me sick to the pit of my guts.

Moving is in progress!

Guess who’s been trashed by his free hosting again and is finally coughing up?

EDIT: Somehow, I managed to lose my blog Theme, which I had spent hours customizing.

EDIT2: Oh well, let’s use this ancient theme for the time being.

Actually I kinda like this one. Maybe I’ll just pretty it up and smoothen the roughages and use it. Hmmmm

Update on the ‘otaku’ tag, and stuff

You may (or may not) have noticed that my ‘otaku’ tag has been looking somewhat forlorn and abandoned for awhile now. And this isn’t even the first time. Unfortunately when things start getting hectic, recreational activities that require a positive input of effort and concentration, like anime blogging and KDE hacking, tend to be the first things shoved into the backseat.

I’ve recently settled into a job as a Research Assistant at my university where I’m continuing some of the work I’ve been doing during my final year project while contemplating on whether or not I’d like to do grad school. The work influx on assuming duty has been quite torrential, thus the recent general lack of blog posts. However, I think I’m starting to settle into the rhythm now, somewhat, and I’m currently in the process of working my recreational activities back into my life. I’ve rebuilt KDE from the new git repositories and have started doing some little bit of bug fixing (just pushed a patch for bug 209962 couple of days ago), and I’m now looking into once again penning posts to my lonely otaku tag.

Along those lines, I’ve decided to make some changes to my anime-blogging routine. I’ve decided that I’ll forget about making an effort to spotlight the current broadcasting season, since my attempts at this in the past has been mediocre at best and.. well really just all round abysmal. I’ve decided instead to be time-agnostic with the anime I decide to write about, so this lets me worry less about thinking up things to say about the shows that everyone else is already talking about anyways and actually select blogging material in a more meritocratic way. Hopefully then I’ll actually, finally, start to thin down the list of really-great shows on my to-blog that I’ve been perma-procrastinating on.

Of course, this doesn’t mean I’ll never say anything about the current season. But I’ll only say something if I really have something I want to say. So I’ll in short be attempting to move towards a more editorial blogging style. In all likelihood, a side-effect of this would be that I post less frequently than I used to, but with hopefully more substance in each post.

Regarding the current anime season, I’m not actually following very closely, and I’m not actually liking too much of the available repertoire. So I probably won’t be saying much about it. I plan instead to get started on blogging this 7-part animated film series that I’ve wanted to write about for some while now. It’s called “Kara no Kyoukai – the Garden of Sinners”. So there’s a heads-up for you in case you haven’t watched it. Watch it. This stuff is A+ material :)