The title sums most of it up. I’m not dead. The blog got pretty close to being dead, but isn’t quite yet. This translation endeavor, also, is still alive. And thanks in part to the little kick delivered by this fine fellow’s comment, we have a release!

Summer Specials 3 and 4 are the last strips in the long string of specials that go in between “Episode 12 (see it here)” and “Episode 13 (see it here)” of the original 4-koma-style strips. I’d recommend taking a look at “Episode 13” again after reading these two chapters since there is a little bit of continuity between the story at the end of Summer Special 4 and Episode 13.

As again, a reminder here that these strips weren’t released freely online, so if you like Hana no Android Gakuen I encourage you to support the authors by buying a volume (paper book and e-book). These are of course in Japanese, and no official English translations exist to the best of my knowledge. As long as this persists I will for my part commit to eventually translating everything in the first volume release – unless a much faster-working translation group picks it up or I get shut down by the creators for releasing non-free strips.) 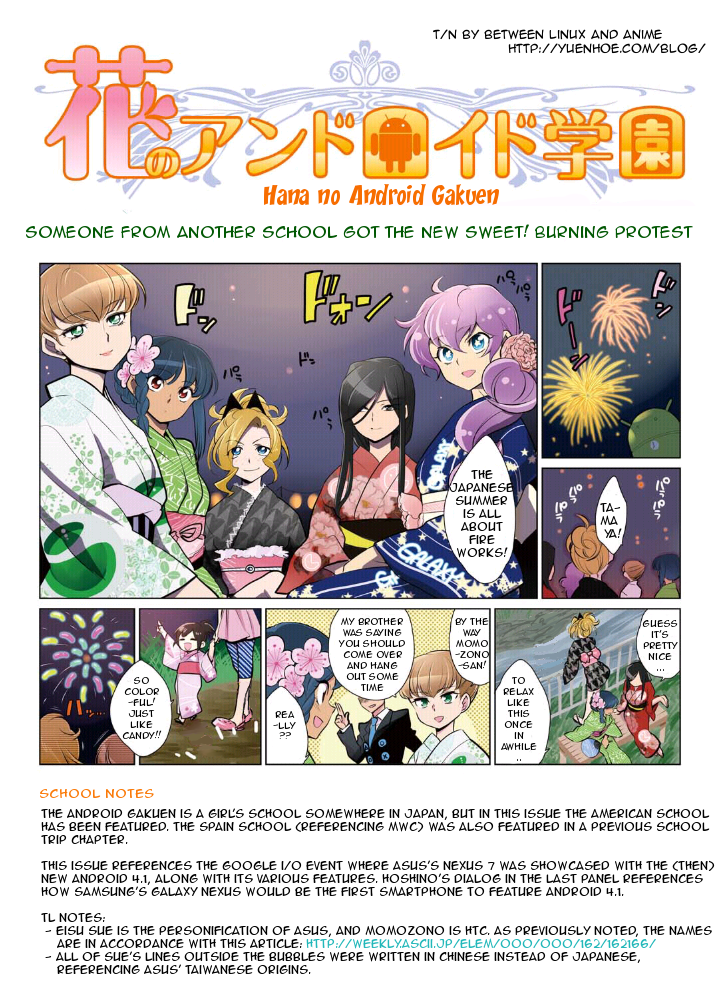 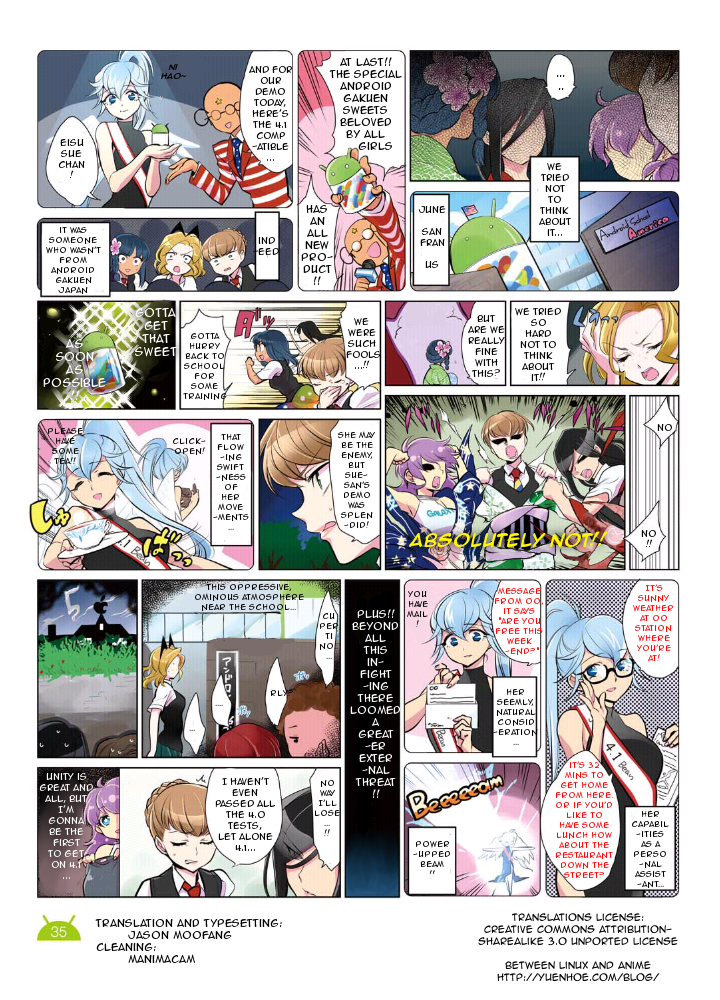 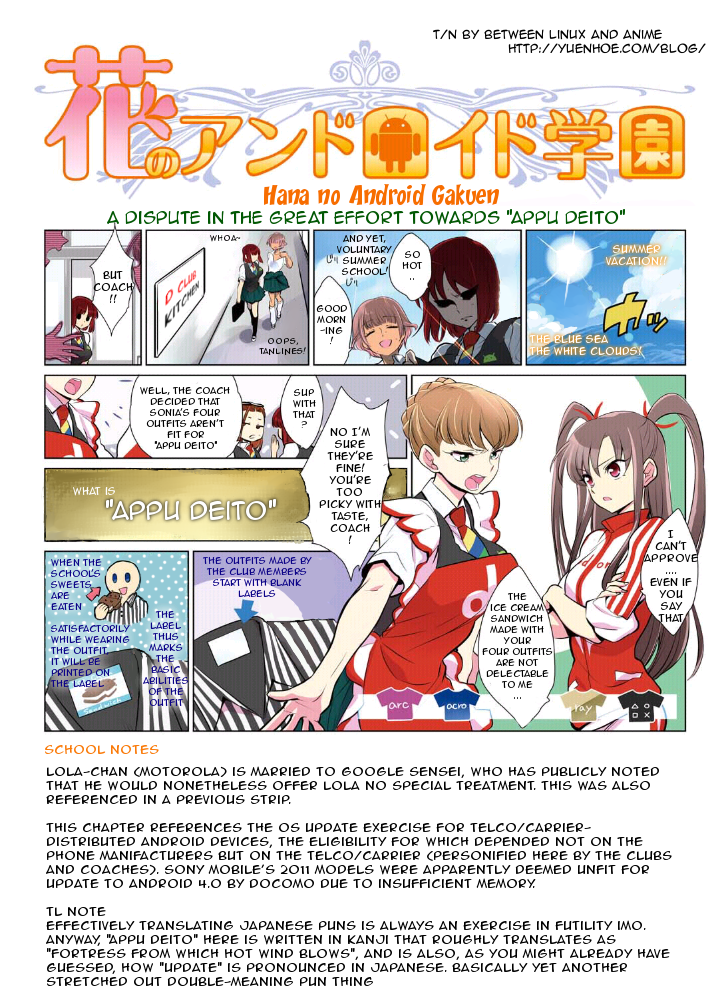 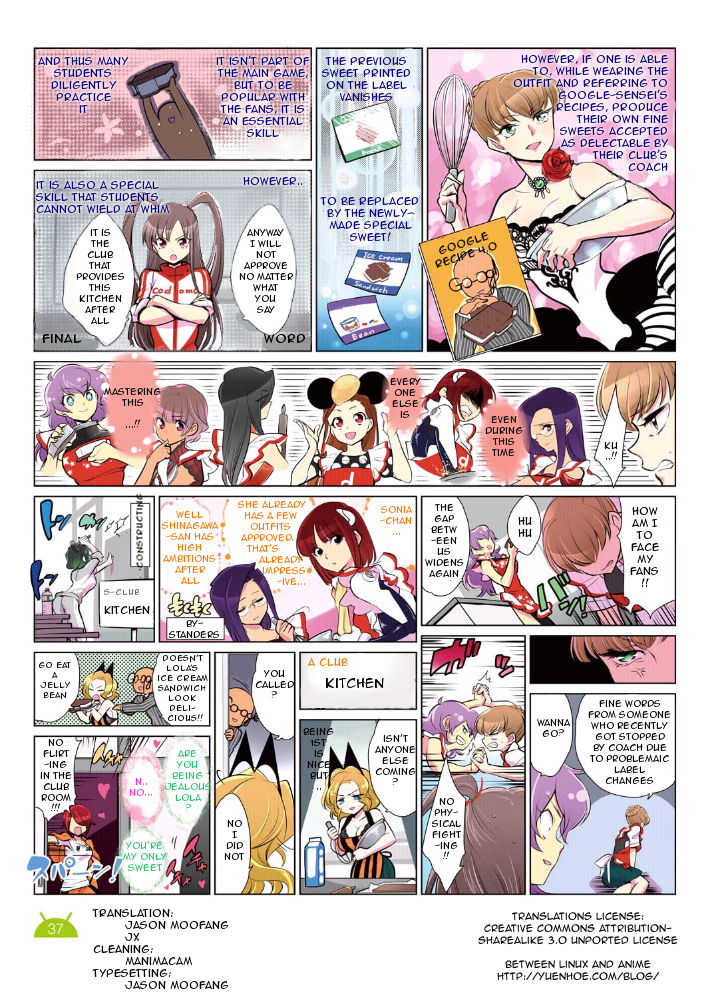 At this point we’re pretty much done with, if I’m not mistaken, the content published on weekly ascii before the advent of the manga vol 1. So we’ll be diving into vol 1 exclusive material next. Here’s hoping it’ll be sooner rather than later :) 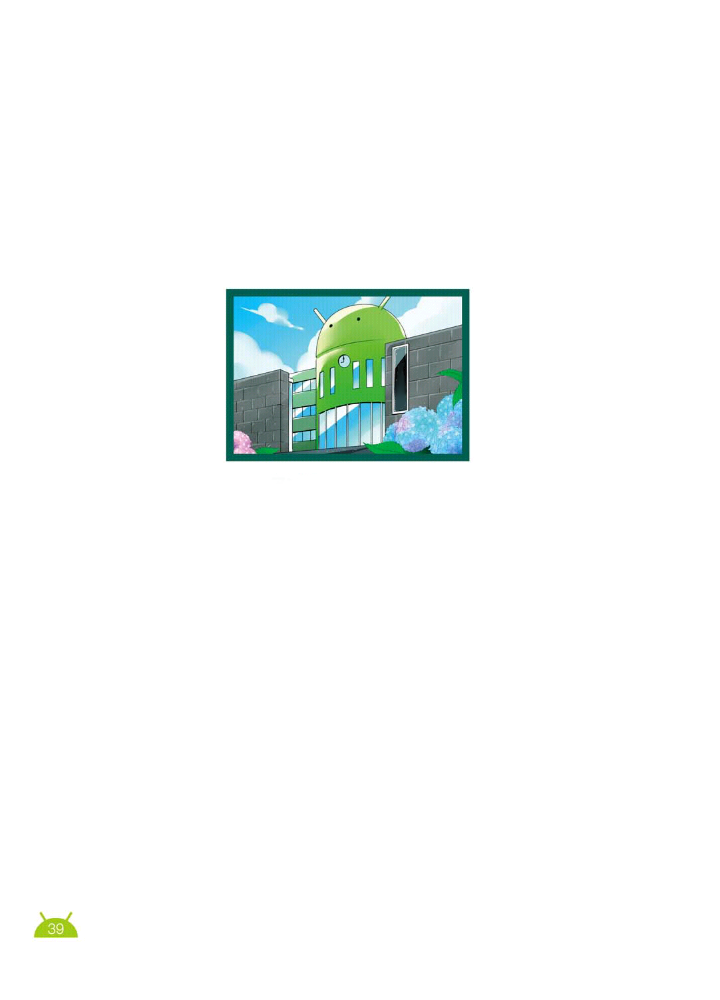