Not an update worth writing home about, but an update nonetheless, with what little significance it brings. I guess this is a giving of voice, however small, to a defiance of sorts – a flail and a flinch that says I’m not quite ready nor willing to throw the towel and let the blog die just yet, notwithstanding the curveballs life has been throwing me of late. The great difficulty with the issue of blogging, at least for me, is that blogging – or more specifically writing – is for me immensely beneficial and stimulating, but also demanding of a synchrony of time, place and mood – mental room and solitude – that is getting harder and harder to achieve nowadays. One is tempted more and more to say “this isn’t working out, I’m busy, there is much to do. Better to put it down with finality than to have it forever hanging on my conscience – always desired but rarely reached”. At least for the near future, the plan is still to hold out somehow until the next time I am able to find the right spirit, topic, time and place to write a good blog.

Anyway, back on topic. I had the pleasure of looking up the lyrics of this song recently – the second ED of that great series Fate/Zero. It was wonderful. Suffocatingly beautiful. Almost poetic. And as usual, not being satisfied with available translations that I’ve found, here is my own. Reflect on Kiritsugu and Irisviel as you listen – their romance and ideals. And then in the backdrop, the ideals, the passions, the efforts of the many other participants of the Fate/Zero stage – how they burned bright and intense, to eventually fizzle and fade, but not without first adding heretofore absent illumination to the Fate/Zero whole.

Merry Christmas from Between Linux and Anime. May the dream never cease to light our horizons, and may our weary steps thereto never falter for long.

Hit F8 to listen to it while it’s up (or play it from the player at the sidebar). Hit the jump for some pictures, Romaji lyrics, and translations. 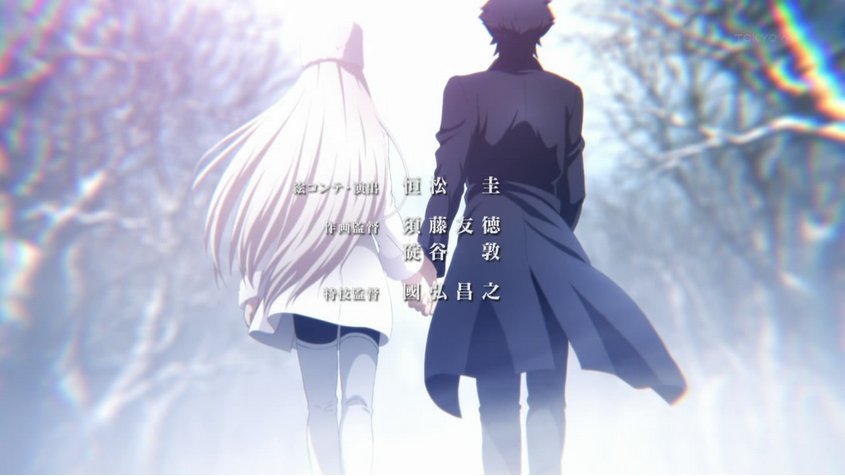 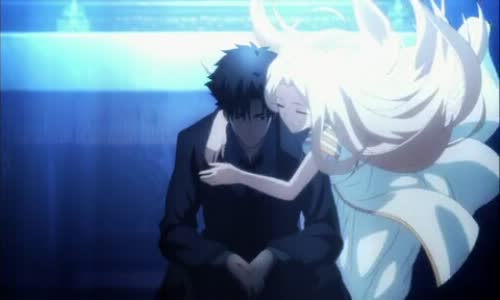 How could the sky be so blue
As if it never knew of suffering
Always unhesitating, collapsing into tomorrow

Life is born incomplete isn’t it
There are things that suffering completes aren’t there
My fugitive heart, you touch it

The future that we both move towards
With untarnished strength

The sky runs high, the winds sing
To the joy of seeing a dream
People will someday find their way
With the eyes of a child, you so believed
I am here with you
Escape the ice-bound forest
That those eyes do not lose their way in the grief of the world

Why is it, that the unreachable light
always, with a righteousness brighter than anything
judge people, towards an unfulfillable tomorrow

I have lived, towards the future
I leave the wind in the sky

Where do dreams go to sleep?
One day we would come back
to this shore, where everyone is gone
Believing that they can become a fragment of the light
They return to the darkness, these feelings,
Burn away into nothing
Guided by that light
The world dreams again

The sky runs high, the winds sing
The memory of the dream that you saw
That scream
that now gives back
but a tender echo

Romaji Lyrics taken from Gendou’s Anime Music.
Translation by me.