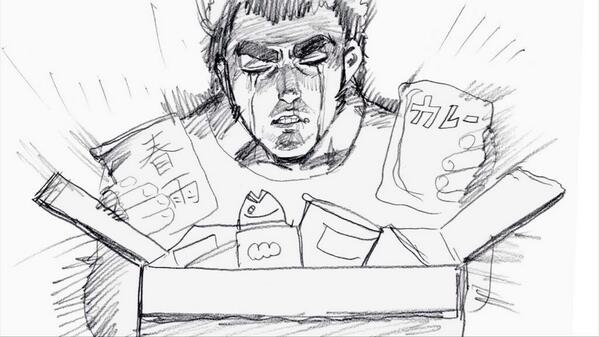 I’ve already mentioned this in my previous post, but there’s only barely a week left, and we got 40% of the funding target left to fill. Which is kinda sorta bad, and here I am posting another nag! So in case you haven’t heard, the gist: Some veteran animators and NPO Animator Supporters are running a Indiegogo campaign to set up low-cost dormitories for budding Japanese animators drowning in a harsh industry. Yes, for the suffering guys who make our anime. So if you’re a fan (or a sympathetic bystander) do trot over and give them some love – either in the form of a monetary contribution to the campaign if you can, or at least by spreading the word. Thank you! If on the other hand you feel you need a little more convincing on why you should bother.. well, read on :) 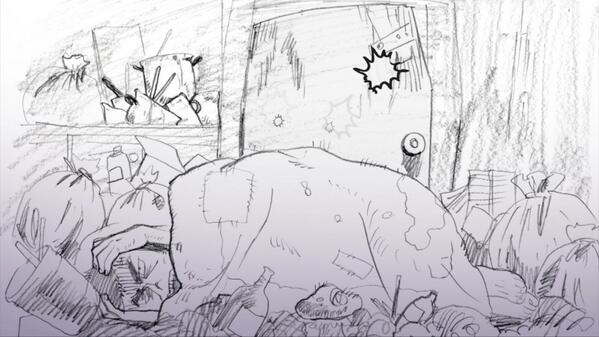 Reason #1 is in short that life is shitty being a young animator. But I’m not going to delve very deeply into that, and I will instead refer you to this post for a vivid and somewhat passionate detailing of the problem. I’m going to focus on another reason why I think you should be donating to their cause.

A good while ago I wrote a similar post asking for support for the Time of Eve Kickstarter campaign. Several other comparable projects have sprouted ever since, which is a good trend, but we need it to continue gathering momentum. Because a great disconnect has existed for too long now between the animators and studios in Japan and the sizable foreign audience of anime content. And with the age of the open Internet upon us, it’s high time we closed that gap.

Not too long ago there was still no way for overseas fans to legitimately watch anime without waiting months for the DVD and Bluray release. Thanks to the opening of Internet-based channels by folks like Crunchyroll now, this has I am told recently been remedied for American audiences (though where I’m from nothing much has changed at all). And I think part of the reason for this development is an entering into the consciousness of the industry in Japan of the sheer volume of audience they have abroad. It is a simple argument then: the more the Japanese creators are thinking about their potential consumers abroad, the more channels we’ll have to obtain them legally and conveniently outside Japan. And one way we can help hold and expand the attention of the Japanese creators on the foreign scene is, I think, by making sure these english, international crowd-sourced campaigns sail cleanly across their finish lines. To show that they work, that the greater world is listening and responding.

Aside from hopefully making Japanese creators aware of us, another argument is we want Japanese creators to be aware of the Internet. The old norm of making shows and showing it on Japanese TV, then spending a couple of months packaging the content into pretty but prohibitively priced DVD and Bluray box-sets and hoping the sales thereof will turn a good profit is a lumbering tradition that needs to be modernized. Platforms like Indiegogo and Kickstarter can demonstrate that, in the new world of interconnected computers, reaching a foreign audience can be trivial. And if you make something people care about and sell it right, money can come flowing your way – not via the arcane and expensive pathways of shops and distribution agents, but in a single hop across the Internet. Hopefully this will give way to new ways of funding anime, new business models in which the creators and the end-consumers are the primary determinants of how things get produced and sold, and eventually, a modernized anime industry in which the Internet is not a constantly looming threat of piracy, but a powerful tool for community and communication, as well as sales and distribution.

So aside from being about the dreams and livelihood of our suffering animators in Japan, this is also, I think, about change. About modernization and a stronger industry, as well as a more connected community and a more useful Internet. Of course, it’s only a small step, but it’s a small step you get to be a part of, and that you can help make happen :) So how about it? If you can, please do trot over and give them some love 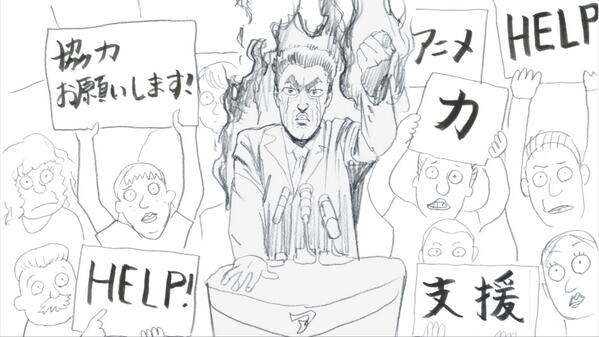 They would be grateful for your help!