Wow how far have I had to trim my ambitions for a Christmas release. I originally wanted to release two chapters PLUS an anime editorial blog in time for Christmas, but difficult circumstances as well as the decidedly higher difficulty of translating this chapter forced me to trim it down to just releasing this chapter. Believe it or not, even getting just this chapter out on time cost me some sleep. I think the result is a quality release, though, and hopefully that makes up for things a little bit.

There is quite a lot to say about this chapter. Firstly: Chronology and chapter names, which got pretty confusing after Weekly Ascii released a bunch of “specials”-type strips to disrupt their original, incrementally numbered 4-koma “episodes”. Only some of those specials are actually freely available online, so I was myself a little confused for awhile. Using the non-free manga volume given to me by friendly neighbourhood reader Elaine Nguygen though, the chronological order appears to be as follows:

Edit: Apparently there is only one summer expansion and the second is called “Apple’s chapter” and is about the iPhone 5. Very confusing -_-

Of these, the first 12 episodes, episode 13, and the 4 “Specials” are all freely available online and have all been previously translated and released.

This release is for the what was originally branded as “Summer Expansion Edition”, and is also the first release of a strip that is not freely available online. This strip was originally published in a printed copy of Weekly Ascii, and is now also part of the on-sale manga volume (which contains all previously published material as well as new original ones).

With that out of the way, the next thing is character names. People have pointed out to me that the names I used disagreed with other online sources. For my part I have always tried to maintain a close transliteration of the names in the raw, but this will hopefully be settled once and for all now: apparently they eventually confirmed and settled on an official set of names, AND also published an English article which contains all of those names romanized, so from this strip forth I will start adopting these new “official” names in accordance with the raws.

Also, with the released strips starting to go up on manga aggregation sites, I will henceforth burn TL notes and credits into the images themselves so they also get transmitted when uploaded to these external aggregation sites.

Whew! That was quite the mouthful. Lastly I would like to remind you again that this is the first release of a strip that is not freely available online, so if you like Hana no Android Gakuen I encourage you to support the authors by buying a volume (paper book and e-book). These are of course in Japanese, and no official English translations exist to the best of my knowledge. As long as this persists I will for my part commit to eventually translating everything in the first volume release – unless a much faster-working translation group picks it up or I get shut down by the creators for releasing non-free strips.

I think that’s all I have to say. Hit the jump for the translated strips, and remember that like all Japanese manga, this should be read right to left, top to bottom. Look for translations of previous chapters in the category archives.

Merry Christmas and a Happy New Year from Between Linux and Anime! 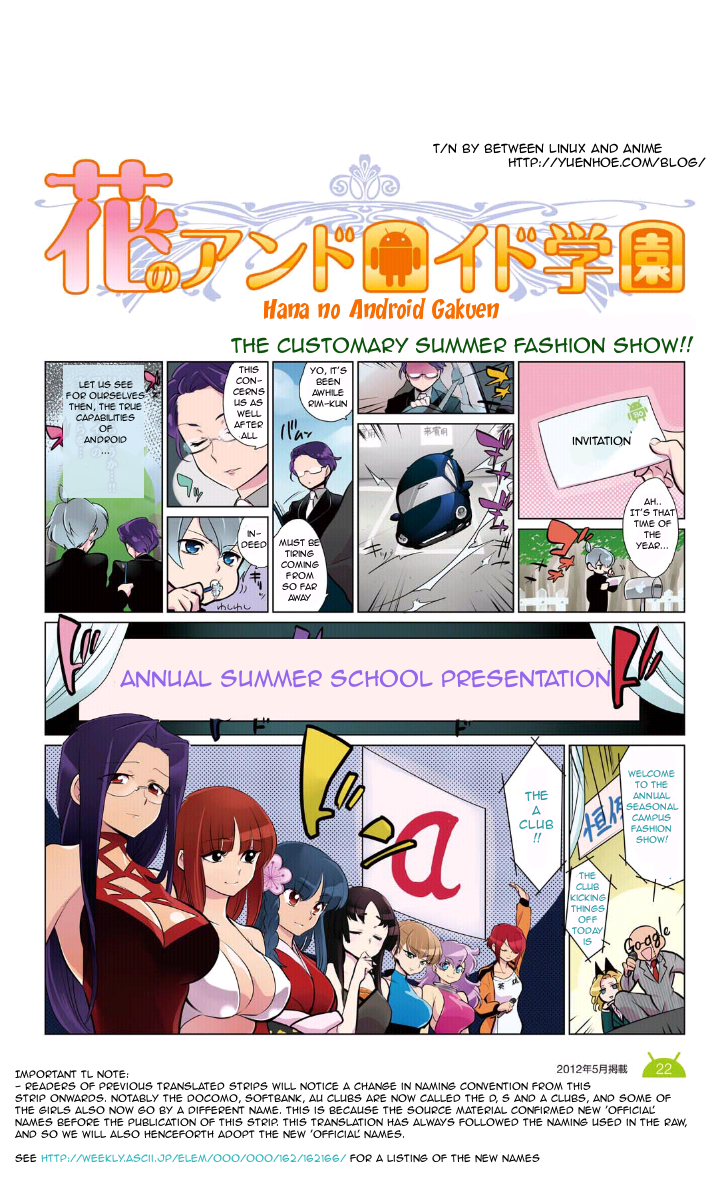 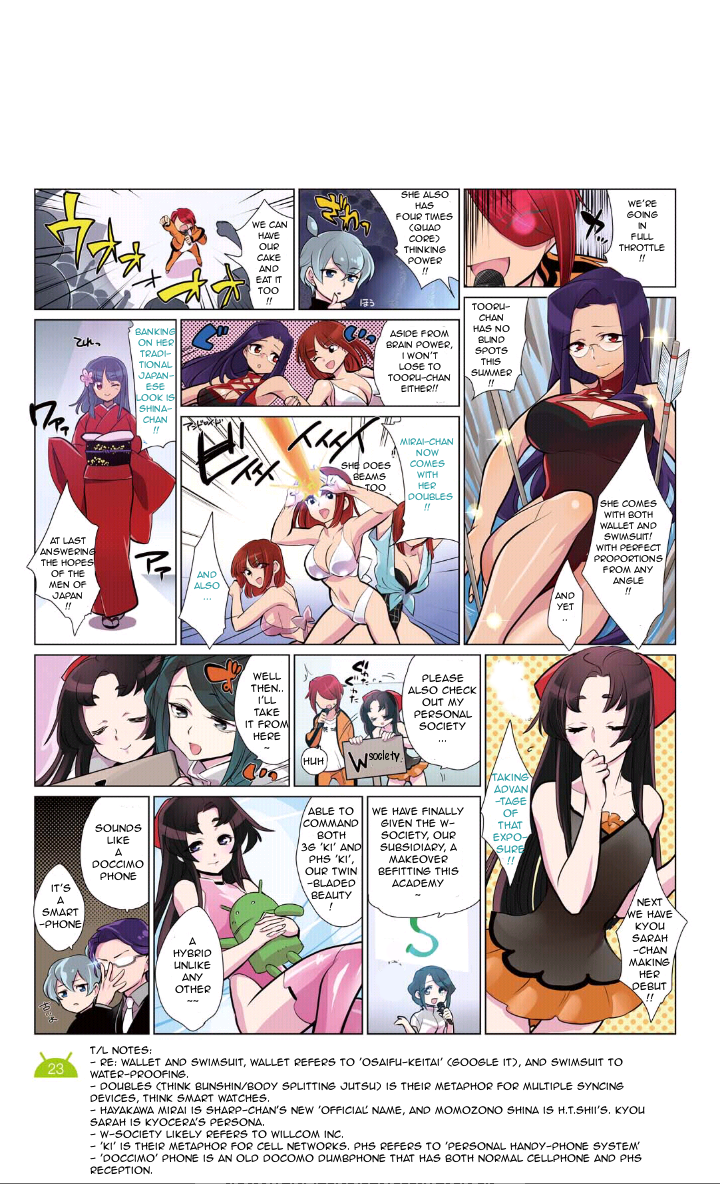 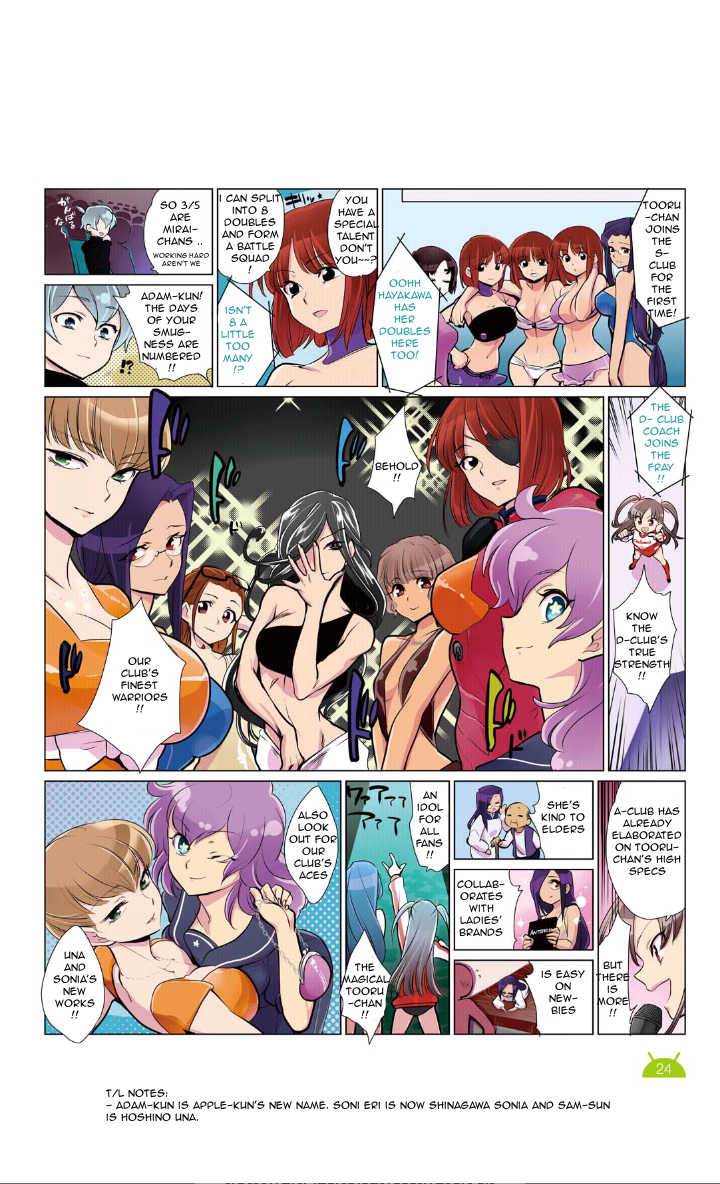 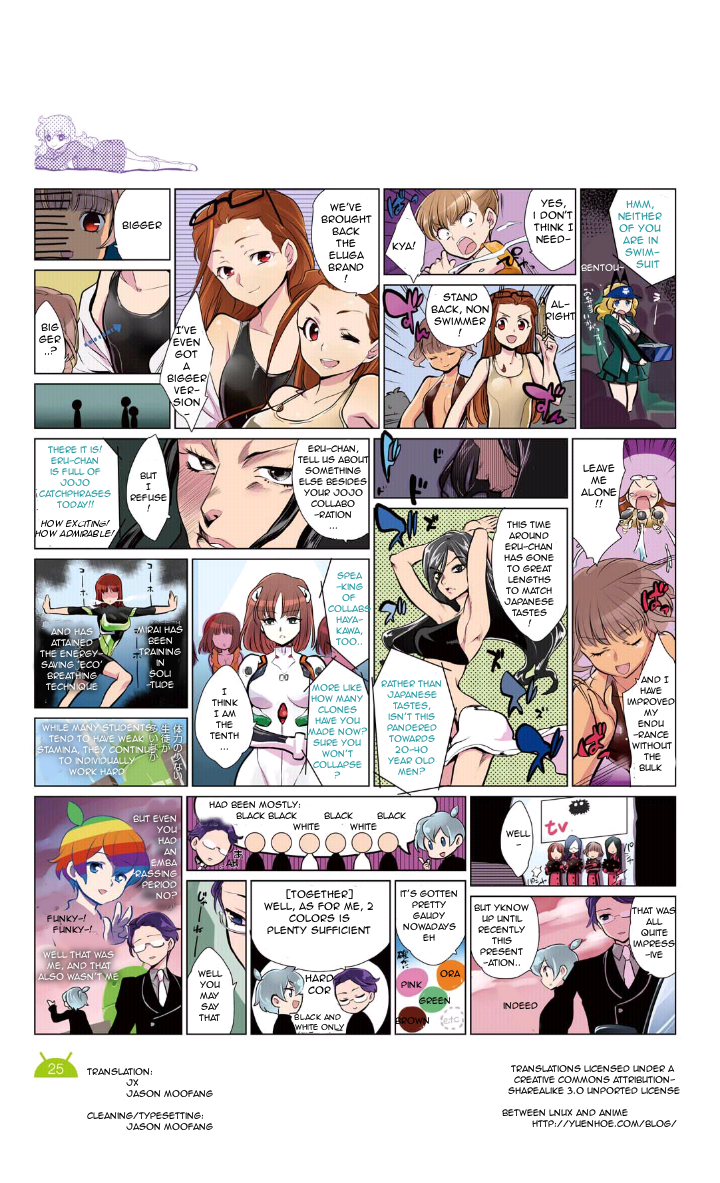